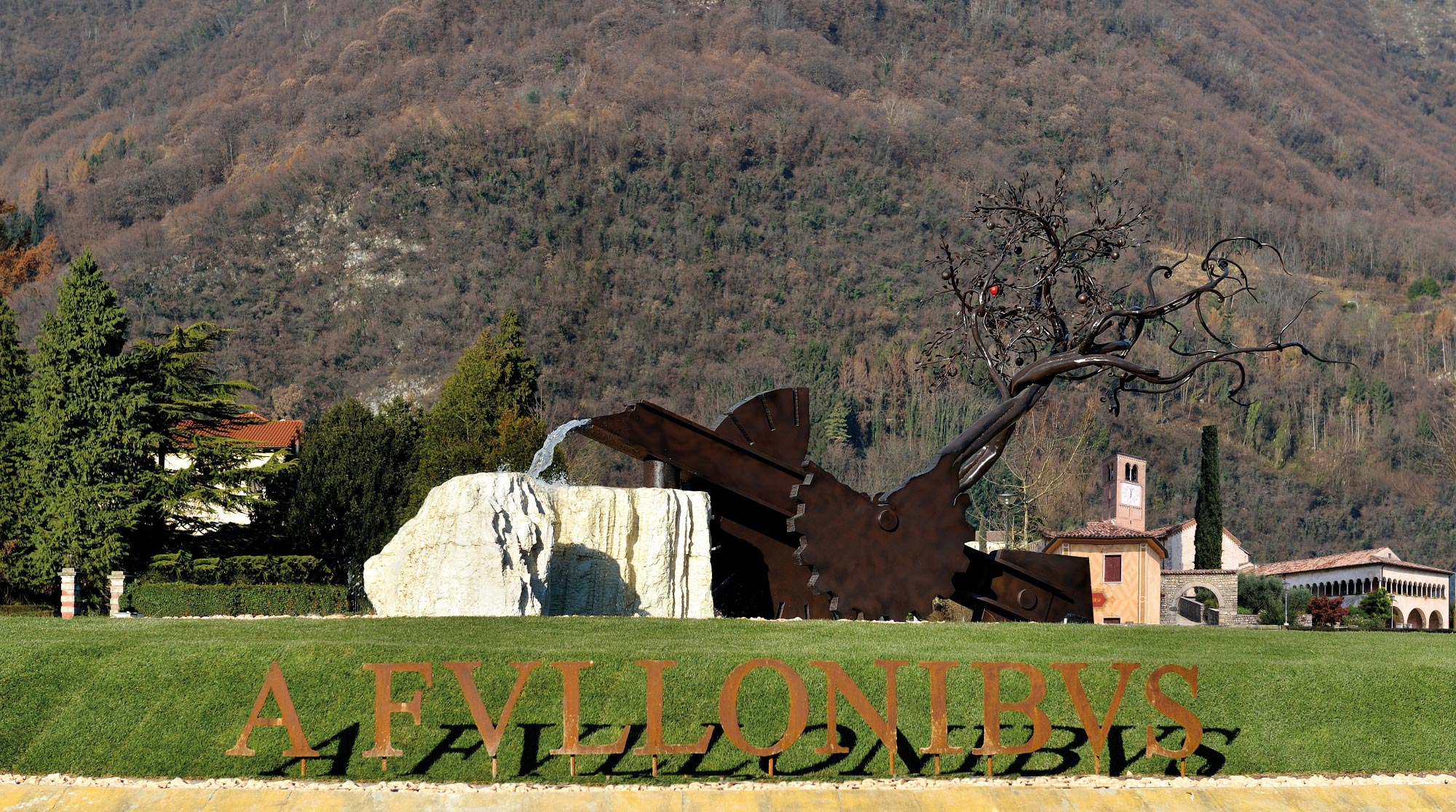 This monument made of iron tells us with admirable synthesis the history of Follina, an ancient village linked, as the origin of the word Follina” suggests, to the manufacture of wool, and in particular the “fulling” of the wool. The coat of arms of the municipality bears the writing “A. Fullonibus” at the bottom while at the top two serrated wheels symbolize the fulling machine, used for the beating of the wool, transforming the raw yarn into precious and marketable fabric. This was from Medieval times for centuries the main activity of the inhabitants of Follina. The title chosen for this monument exalts the union of memory (so a reminder) and material, meaning the idea of “mother”. The word material (once again we are helped by etymology) derives from “mater”, Latin for “mother”. So why mother? Iron is an archaic material, primordial; iron is an ancient substance, a concentration of the earth. Much of our local history is linked to mining (just think about the area around Agordo). Valentino Moro draws on memory to make the image-symbol of Follina live forever, but he does not stop at the machine itself and the interpretation of the banner; two pomegranate trees stem from the metallic body (the pomegranate is a fruit rich in meaning, in primis the Christian union of faith before God), one lush and one arid that intersect and seem to blend in unity. The rough skin of the fruit represents difficulty, work, the harshness of life that however reserves an infinite sweetness within (the seeds). This clearly refers to the “Mutual Relief Society”, the first type of welfare system guaranteed for the workers and unique in its kind, which was founded in Follina in 1865 (2015 was its 150th anniversary). Helping those in difficulty (the arid tree) guarantees the pleasure of grace, of reciprocal exchange, the exaltation of the gift of solidarity and generosity.[:]